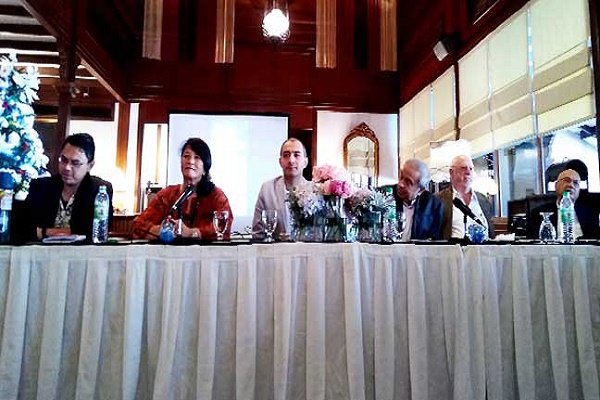 In fact, the US scholar, who heads the Center for Middle East Studies at the University of Denver, said freedom was the very reason for the existence of the Quran.

“Human beings are told from the very beginning that they have a choice: either to follow the path of righteousness or the path of Satan,” he told the roundtable discussion entitled “Is liberty an Islamic value?” organized by the Islamic Renaissance Front (IRF).

Despite this close relationship, Hashemi said many were of the opinion that there was no place for freedom in Islam, adding that this was fueled by the turmoil in the Middle East and the biases that came with it.

“Many firmly believe that Islam and freedom are oxymorons. In Muslim societies there are large groups of people who have negative views on freedom.

“They believe that God establishes his rules and commandments and in this view there is no need to think or debate about what is good or bad,” he said.

He said a problem among Muslims is that they felt obliged to implement rules and commandments as rigorously as possible, believing that “freedom will lead to moral decay and chaos”.

But Hashemi acknowledged that while he firmly believed liberty and freedom were Islamic values, any society is bound to go through debates on their limitations.

He explained that restraint meant acknowledging one’s commitment to the freedoms of the other.

“Freedom according to the Quran connotes the freedom to do good, not evil. There is a strong ethical dimension to it.”

Chandra said without understanding this ethical dimension, the struggle for freedom could also lead towards conflict and the hindering of others’ rights to freedom.

Why Is Justice Part of Islamic Beliefs’ Tenets?

Hebrew Translation of 20 Juzes of Quran Completed in Egypt