General
News ID: 3479996
TEHRAN (IQNA) – A mosque in Paterson, US state of New York, became the target of a hate crime earlier this week. 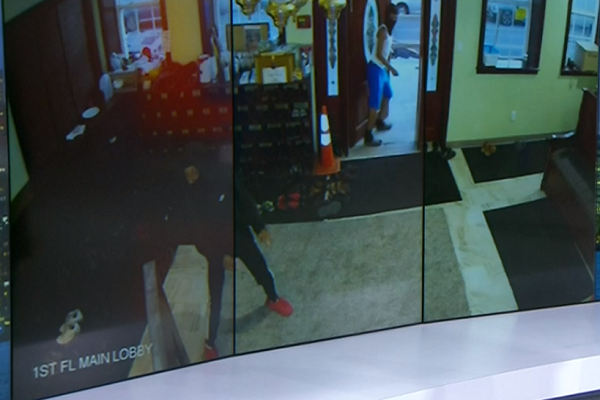 Now leaders of the mosque are considering increasing security.

It happened at the Islamic Congregation of North Jersey on Monday and the incident was captured on surveillance video.

The video shows what looks to be two masked teenagers walking up to the front steps of the mosque and going inside during the prayer. They then appear to start pelting the congregants with rocks, before running out and down the street.

Those who attend services at the mosque say the incident is disturbing.

“I’m thankful that it wasn’t worse. You’ve seen the recent climate in the US,” says Abdul Tafur.

The congregants say that they have dealt with this type of hate in the past. In December, a man walked into the mosque to complain about hearing the call to prayer each day. He pushed an imam and is now facing charges.

As for the latest incident, a Passaic County sheriff’s officer is posted outside during prayer services and surveillance cameras were set up on the street to watch anyone trying to get inside.

“Just totally disgusting to me. Disgraceful and disgusting,” says Sheriff Richard Berdnik. “We are working together with our partners. I promise you we will stop this behavior.”

Mosque leaders are considering a security guard for the site, but that can be costly. For now, they will rely on the help of the Passaic County Sheriff’s Office and surveillance cameras.