General
News ID: 3459957
TEHRAN (IQNA) – The Iranian Cultural Center in Armenia plans to hold a number of Quranic programs during the holy month of Ramadan at the Blue Mosque of Yerevan. 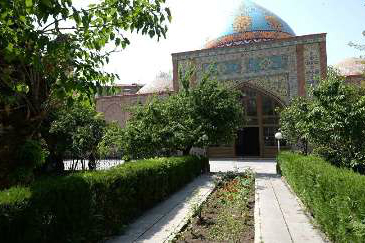 Majid Meshki, Iranian cultural attaché in Armenia, told IQNA that like previous years, the center will organize Quranic courses for children and teenagers.

The Grand Mosque will also host an educational Quranic course for women every evening during the holy month.

Among other programs of the center are Quran reading sessions at the mosque in which one Juz (part) of the Quran will be read an hour before the evening prayers every day.

Also, there will be Tawasheeh (religious songs) performances by a Tawasheeh group from Iran.

The Blue Mosque is an 18th-century Shia mosque in Yerevan, Armenia. During the Soviet era, the mosque stopped its services and housed the History Museum of Yerevan.

Following Armenia's independence, the mosque was renovated with support from the Iranian government and again started serving worshipers. It is currently the only active mosque in Armenia.

Rights of Wealth as Depicted by Imam Sajjad